Until June 30: The Grand InterContinental Seoul Parnas in Samseong-dong has announced that it will hold “True Luxury with Art” to display the masterpieces of the most renowned Korean artists in the hotel lobby and support an art fair in collaboration with StART ART Korea. Twenty-seven pieces by artists who have reached milestones in the history of contemporary art in Korea will be presented until the end of June. As an official sponsor of StART Art Fair Seoul 2022, the hotel will support a global project designed to discover talented new artists.

The Grand InterContinental Seoul Parnas has made masterpieces accessible to all hotel visitors.

Two pieces of “Regression,” part of the Water drop series by artist Kim Tschang-yeul, one of the best-known names in the Korean art scene, welcome guests. Also known as the Water Droplet Artist, his art demonstrates both artistry and popular appeal. He began drawing water droplets after encountering a beautiful morning dew while using a stable as a studio in Paris in the 1970s, and his art has developed over the past five decades with the constant theme water droplets.

The exhibition also features three pieces from the “Internal Rhythm” series by artist Kim Tae-ho, widely regarded as one of Korea’s most important modernist artists. “Internal Rhythm” is a raised relief piece where vertical and horizontal lines are woven together to form a grid, and it has vibration and rhythm coming from within.

Four pieces from “The Song of Life” by versatile artist Kim Byung-jong, which blurs the line between writing and painting, and two pieces from “Flower World” by oriental painter Kim Keunjoong with a use bold glamorous colors, also participate in the exhibition. Additionally, works by Kim Chu-ok, Hyoung Jinshik, Lee Aeri, Byun Ungpil, and Kim Myonggyu are invited to the exhibition, providing visitors with the opportunity to see a total of 27 works by nine artists in one place.

StART ART is an art company that organizes an annual global art fair in partnership with the Saatchi Gallery, which represents the art scene in Britain. In addition to holding an exhibition at the hotel, Grand InterContinental Seoul Parnas intends to promote the advancement of the fine art market in Asia through collaboration as an official sponsor of StART Art Fair Seoul 2022. The he official announcement of StART Art Fair Seoul 2022 is set to be held in Seoul in September for the first time in Asia. David Ciclitira, the British founder of StART Art Fair, world-renowned curator Serenella Ciclitira and 10 artists, including Kim Tae-ho, Kim Byungjong and Kim Keunjoong, will attend to provide explanations about the art fair. The curator will present the works exhibited on the ground floor of the hotel.

This masterpiece exhibition will be held until the end of June. Trending artworks by young artists and previews for the StART Art Fair Seoul 2022 will be presented as an alternative until October. All artwork displayed at the hotel can be purchased from StART ART Korea. 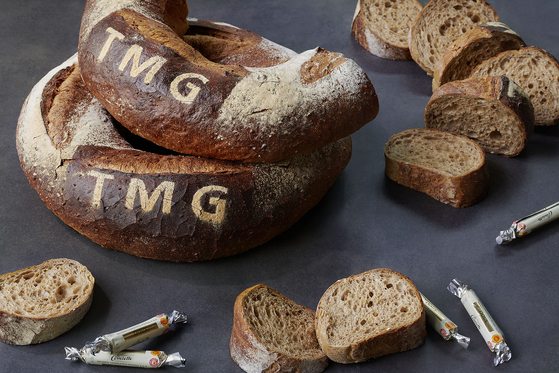 Available for sale at Cafe One on the hotel’s first floor, Margaux Grill’s signature bread is made from sourdough, a natural starter created by low-temperature fermentation, with a small amount of fresh yeast added. Made from a blend of seven grains, including whole wheat flour, oats, toasted flax seeds and sunflower seeds, it’s stone-baked in a full-size oven to bring out its flavors and aromas. natural.

Unlike most breads, which are made with sugar, butter and chemical additives, Signature Bread is made from natural sourdough that is naturally fermented at low temperatures, creating unique flavors and a crispy texture when baked. outside and soft inside.

The hotel’s pastry chef said: “We want to share with our guests the true flavors of Margaux Grill’s signature bread, composed only of natural starters to give the particular aromas of naturally fermented bread and the crunchy textures of a rich variety. grain. »